Growth and Disparity in Nashville and Middle Tennessee

Growth and disparity in Nashville and Middle Tennessee are such a divergence that many people, particularly in the urban core, cannot see. We all know that the real estate growth in Nashville and Middle Tennessee has been staggering. Just look at the interstates and major roads and how they have become parking lots. Even side roads are bumper to bumper. The amount of real estate, both residential and commercial, being sold has truly been remarkable since 2010.

People are asking me all the time why are Nashville and the surrounding towns growing so fast? There is no one single answer to this question. Several answers help explain the explosive growth in population and real estate in Middle Tennessee following the great recession.

The Nashville fathers led by former Mayor Karl Dean have been working diligently since before the recession to bring Nashville into national attention. Nashville and surrounding towns aggressively recruit new businesses to the area. The help existing businesses expand and actively promote the high quality of life we so cherish in Nashville and Middle Tennessee. All of Middle Tennessee, particularly Nashville, is flooded with activity, news stories, corporate expansion, and migration of people from all over the US and other parts of the world. They want to call Nashville “home”.

Tourism Growth in Nashville is Staggering

People living in other regions of the country love Middle Tennessee. The cultural scene, entertainment, and trendy restaurants are highly sought after by locals and tourists alike. Our lower property tax rates and NO state income tax are major draws for people and businesses. Nashville is blessed with having one of the most diverse economies in the country. One aspect many people do not realize is how Middle Tennessee is geographically centered in the US. Nashville is also the junction of three US interstate systems, I-65, I-24, and I-40.

Nashville is blessed with not only outstanding universities but with more universities and colleges than most cities. Among the top include internationally acclaimed Vanderbilt University, Belmont University, Lipscomb University, Middle Tennessee State University, and others. These schools, known for their accolades in medicine, nursing, business, music, law, aerospace, and hospitality education and training, appeal to a national and international audience.

Nashville with its new glory is taking on a new identity thanks in part to NY Times, Forbes and other publications. Top of their list is articles on new trends, business growth, restaurants, and shopping. Hot new eateries have sprung up all over East Nashville and Germantown awarding Nashville with a new title by outsiders as “Hip”. The Nashville Chamber reports the city is the ninth fastest-growing city in the US and has been since 2000.

With an educated and talented workforce, more businesses are moving here as well. In addition, new businesses are being created around the synergy of new talent, high tech, and the expansion of healthcare and IT companies. The healthcare industry is a prime example of Nashville’s explosive growth.

According to the Nashville Business Journal, Nashville is now home for over 300 healthcare companies that are either based in Nashville or have offices here. This recent burst of growth has coined Nashville as “Silicon Valley Nashville”.

Nashville has also become home to USB, expansion of Bridgestone America, AIG, huge expansion of Amazon, AllianceBernstein headquarters, and HealthStream. This has spurred a ton of startup companies led by an emerging group of young entrepreneurs from healthcare to IT. Nashville is also a leading entrepreneurial center churning out technology upstarts.

The new trend here is to live downtown in a tech-savvy society. This is a growing trend in many US cities, copying centuries-old customs of Europe, Asia, and historic America. Just a few years ago, condos downtown were difficult to sell. Today, they are difficult to purchase even with prices skyrocketing because of unprecedented demand and low inventory.

Condos On the Rise

The Twelve Twelve high-rise is a prime example. According to Nashville Business Journal in May 2014, more than three months before construction was completed, 80 of the 286 condos were reserved. They recorded over $25 million in sales the first month. Prices ranged from $270,000 to 3 million. Today, starting prices for this luxury high-rise condominium with some of the best views of the city start at $370,000 for 703 sqft. Prices range from $526 to $770 per sqft. Nearby is the newly built plush 505 High Rise Condominiums. Located in the heart of downtown Nashville, prices start at 513 square feet for $727 per square and top at $1,116 per square feet, sound New Yorkish?

Being close to downtown is key for the Millennials. East Nashville, 12th South, and Germantown have been hot for almost a decade. New communities are springing up almost overnight in the Houston and Fairgrounds area. This area is also the future home to professional soccer. Mostly HPRs dominate the scene here and prices are not cheap! From 2018 to 2019, HPR prices have seen a staggering increase of about $100,000. That is huge in one year and outpaces East Nashville in price and property appreciation.

Former Mayor Dean furthered the crusade of making Nashville a Hip City with several of his creative programs like B-cycle and NashVitality, a free mobile app that encourages users to enjoy a “healthy, active and green city.” Mayor Dean also reached out to all the Nashville neighborhoods by promoting quality of life in neighborhoods and working with active and involved citizens.

In a recent NYTimes.com article describes the attraction and migration of college graduates’ decision to move to major tech-savvy city centers beginning with Denver, San Diego, and Nashville. Young people are leaving the suburbs after high school and college and heading to the city centers where the “action” is. Unless the trend changes with the new generations following after the Millennials, some suburbs will suffer.

Smart cities like Nashville are racing to recruit young talent to their cities. This is strongly changing the dynamics of real estate as the millennials and hipsters prefer living in downtown Nashville. Home prices and demand for condos have been record-breaking. Home prices are also soaring, breaking monthly sales records in Rutherford, Wilson, Maury, and Williamson County.

Neighborhoods Are Reformed by Investors

This surge in demand for homes is causing huge shortages of available properties in its wake. To compensate, the last nine years have witnessed a surge to renovate existing early 20th century cottages and bungalows and 1950s and 60s ranchers.

Teardowns of older homes have changed the whole dynamics of neighborhoods. The replacement housing is composed of higher density homes in the city. The new Nashville look is homes that are taller, two- and three-story and packed 2, 3, or 4 houses onto a lot. Know as HPRs, Horizontal Property Regimes, each home has 2,000 to 3,000 square feet of living space. Many of the older homes were only 1-story and ranged in size from 800 to 1300 square feet. The urban core of Nashville has greatly increased in density and has branched out to Green Hills, the Nations, Madison, and Woodbine. Similar builds are taking place in Franklin and Murfreesboro.

The typical Nashville home buyer is no longer a suburbanite but a home shopper who is yearning to live downtown. Their choice of residence is trendy areas like 12 South, East Nashville, Hip-Donelson, Sylvan Park, Germantown, and Salemtown. I might add many Gen X’s and empty-nester baby boomers are making the move to trendy high-rise condos and charming bungalows only to be closer to the action in downtown Nashville.

The Friendliest City in America

Yes, Nashville is hip, fashionable, trendy, down-home, filled with entertainment, trendy restaurants, and massive growth. Nashville is a peaceful, quiet, relaxed, educated community and is hailed as the No.1 friendliest city in America. The growth to Middle Tennessee is huge with about 85 new people moving to the area each and every day and calling Middle Tennessee “home”. Welcome to the new Nashville, quaint Franklin, sprawling Murfreesboro, hot little Spring Hill, and newly discovered Mt. Juliet. What hasn’t been discovered and is as charming as Franklin is…Springfield, Tennessee.

Growth and Disparity in Nashville and Middle Tennessee

Prosperity and growth have not helped everyone in our look at growth and disparity in Nashville and Middle Tennessee. Many areas in the urban core of Nashville have seen a huge migration or gentrification of long-time residents pushed out as their homes have been sold, renovated or torn down in the name of progress. Many fine historic houses in East Nashville, Salemtown, 12th South, and Belmont have been destroyed or completely refigured to the new urban modern that is being seen on the Nashville horizon. Even communities like Donelson, Hermitage, Antioch, and Madison have undergone huge transformations. The original residents have been pushed further out to White’s Creek, Antioch, Lebanon, Ashland City, Columbia, Fairview, and La Vergne.

Many Families Suffer from Financial Burdens

There is a segment of the population in all income brackets that have not fared well with Nashville’s growth. Even with the unprecedented growth of Nashville and Middle Tennessee, whole neighborhoods and individual families suffer. Even wealthy neighborhoods like Belle Meade, Green Hills, and Brentwood have foreclosures. A quick glance shows many homes in Antioch, Bordeaux, Madison, Hermitage, and Old Hickory are in need of great repair. Surrounding areas like La Vergne, Smyrna, Clarksville, and Springfield also have disparity among the residences. Many of these homeowners have lost their jobs even as the Country celebrates a 60-year low in unemployment. They face financial difficulties from debt, illness, bankruptcy, or just not having enough to get by on their low service job incomes or fixed incomes.

Foreclosures On the Rise in Middle Tennessee

Even with foreclosures at a 10-year low, they still happen every month throughout Nashville and Middle Tennessee. The homeowners are behind in their payments and the banks want their money.

It is sad to see homeowners frozen with fear and stress as the banks are sending alarming notices announcing their homes are soon to be foreclosed. Foreclosure does not have to happen. Foreclosure in Tennessee can be stopped, but a homeowner must act quickly, check out this article Sell Your House to Avoid Foreclosure.

Sell My House to an Investor

Many homeowners who are not facing foreclosure know they need to do something about their houses. Many houses in these areas are far behind in repairs and maintenance. The owners know they don’t have the funds or time to fix them up. The real estate investor may be their answer. Other owners facing hardships, illness, divorce, bankruptcy, or just want to move also use investors or direct buyers to solve their house dilemmas. As you can see, a portion of our population is in despair in our growth and disparity in Nashville and Middle Tennessee study.

If you are in a difficult position for whatever reason and need to sell your home, consider contacting us at Southern Homes Investments. Give us a call at 615-235-0612, we would like to talk to you and see how we might be able to help you.

Disclaimer: David Wright is a licensed real estate agent in Tennessee, and this article is not a solicitation to list your house.

Listing vs. Selling To Us

Which route is quicker?
Puts more cash in your pocket?
Has less hassle? 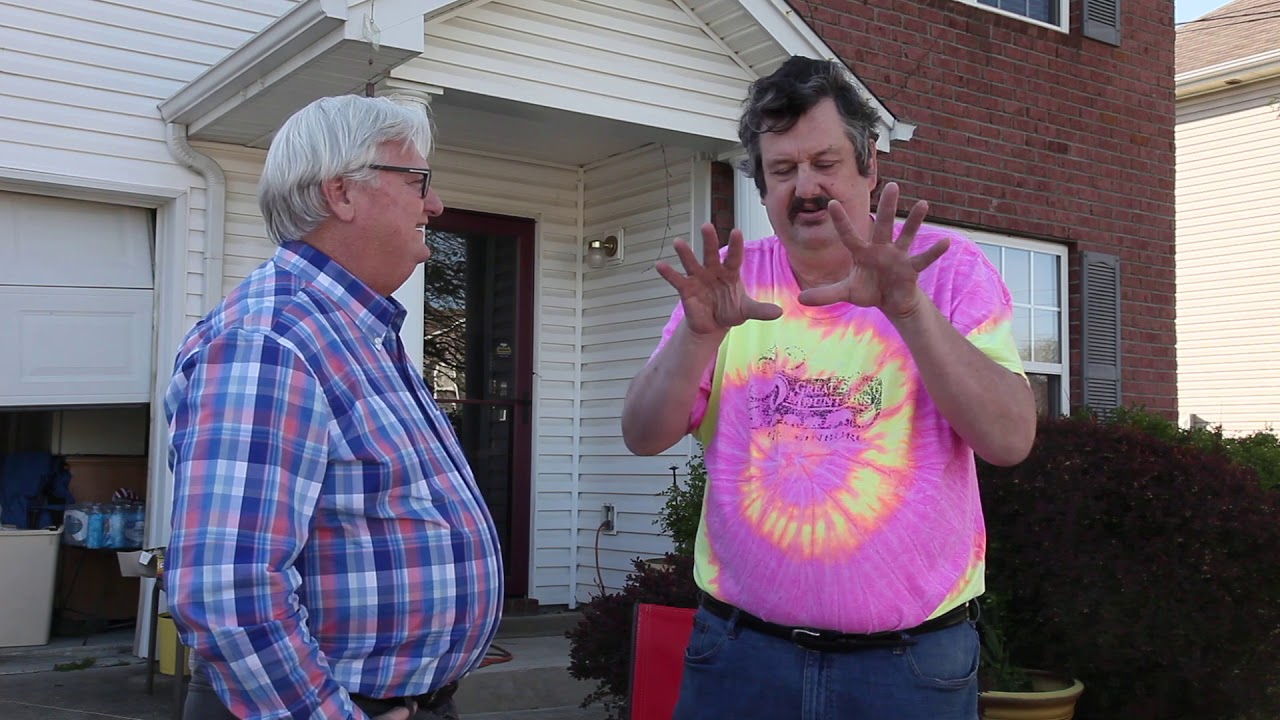 Get Your Fair Cash Offer: Start Below!